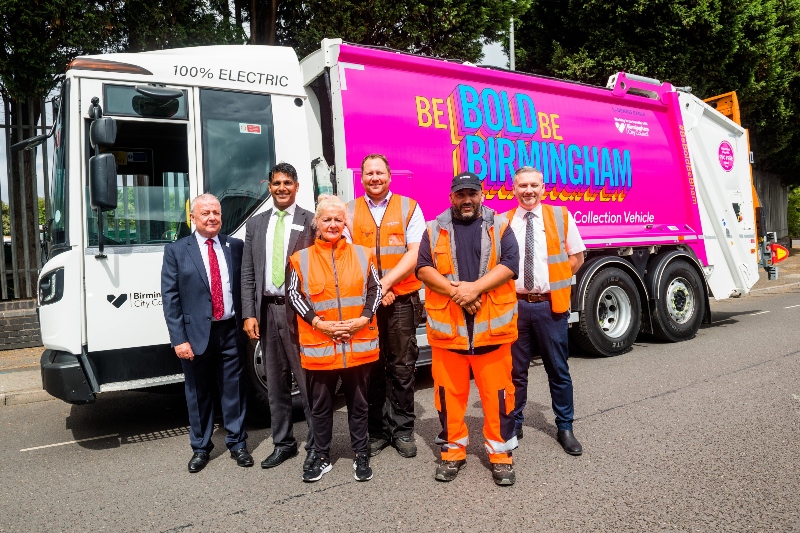 The Dennis Eagle RCV will operate in the city’s Clean Air Zone for three weeks until August 12, collecting waste and recycling material from the city centre.

The all-electric RCV will not incur a charge for entering the city’s Clean Air Zone, introduced by the council in June 2021, with a ruling that its own vehicles would not be exempt from the charge.

The eCollect is much quieter than conventional vehicles and will cause far less disturbance in the city centre. It also does not produce CO2, harmful nitrogen oxide gases or microparticles, so it will help the council improve local air quality and become carbon neutral by 2030.

Cllr Majid Mahmood, Cabinet Member for Environment at Birmingham City Council, said: ‘Birmingham is making the bold transition to zero-emissions operations to help combat climate change and to create clean air for people who live, work or visit here. We know of the benefits electric vehicles bring, and we can now look more closely at how this vehicle performs and what it can deliver.’

Dennis Eagle’s Sales and Marketing director Richard Taylor said: ‘We are delighted to be able to help our near-neighbours in Birmingham trial our all-electric vehicle.

‘We already have a close working relationship with the council and have many other ties to the city too, including through our suppliers and staff who live there, so we are keen to help them reach their zero-emissions goals.’