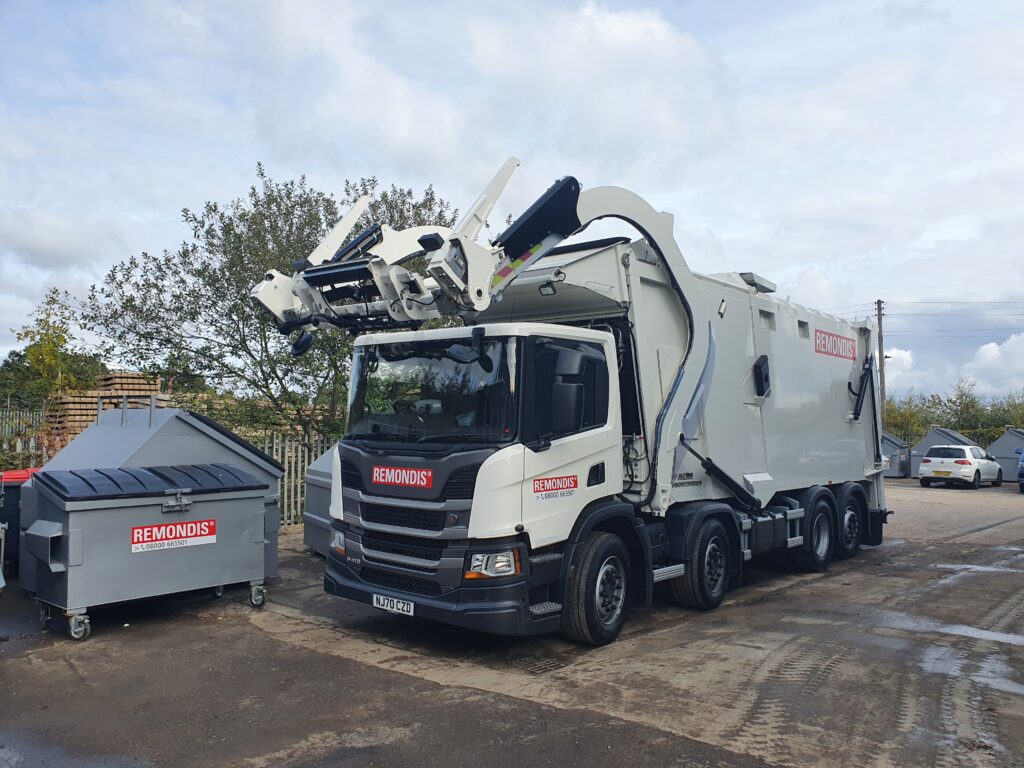 The first Remondis front-end-loader (FEL) waste collection vehicle fitted with c-trace’s dynamic weighing system has been delivered to the company’s site at Doncaster.

The vehicle will collect commercial waste and recycling on well-established rounds in the South Yorkshire area.

The dynamic weighing system is fork-mounted on a Faun Frontpress body and Scania chassis. Three other rear-loading trucks operating from Remondis depots in Doncaster and Bedlington, Northumberland, have already been fitted with the same c-trace equipment.

The system can operate in automatic emptying mode. Individual bin weights and collection data strings are transferred to an onboard order management system in real-time. It is fully automated and works with the body control system and self-levelling forks with communication through CleANopen.

All weight measurements are taken as the bin is lifted, emptied and lowered back to the ground without causing any delay in the cycle. The system is fully certified, and legal for trade collections and the weights are recorded in the bill which can be sent automatically to the customer.

Remondis is one of the world’s largest recycling and waste management companies, with more than 30,000 employees in more than 35 countries. It established a presence in North-East England in 2016 with the purchase of JBT which was based in Bedlington. Since then, it has expanded its operation to include the commercial waste collection and processing site in Doncaster in 2018 and a state-of-the-art waste transfer station at Birtley in Tyne and Wear.

Phil Darwin, Regional Director for Remondis, said: ‘Dynamic weighing is increasingly important to us in the UK and we chose c-trace’s system because we have great experience of working with it in other countries. It is easy to use, very accurate and very reliable and it is also well supported in the UK, enabling us to offer our customers a first-class service.’

c-trace’s UK Sales Director Ian Martin said: ‘c-trace has provided these systems for Remondis across Europe – where dynamic weighing is far more widespread – for many years.

‘We have now fitted our systems to four vehicles in the UK since REMONDIS entered this market and we look forward to working with them in future as their operations in the UK continue to grow.’