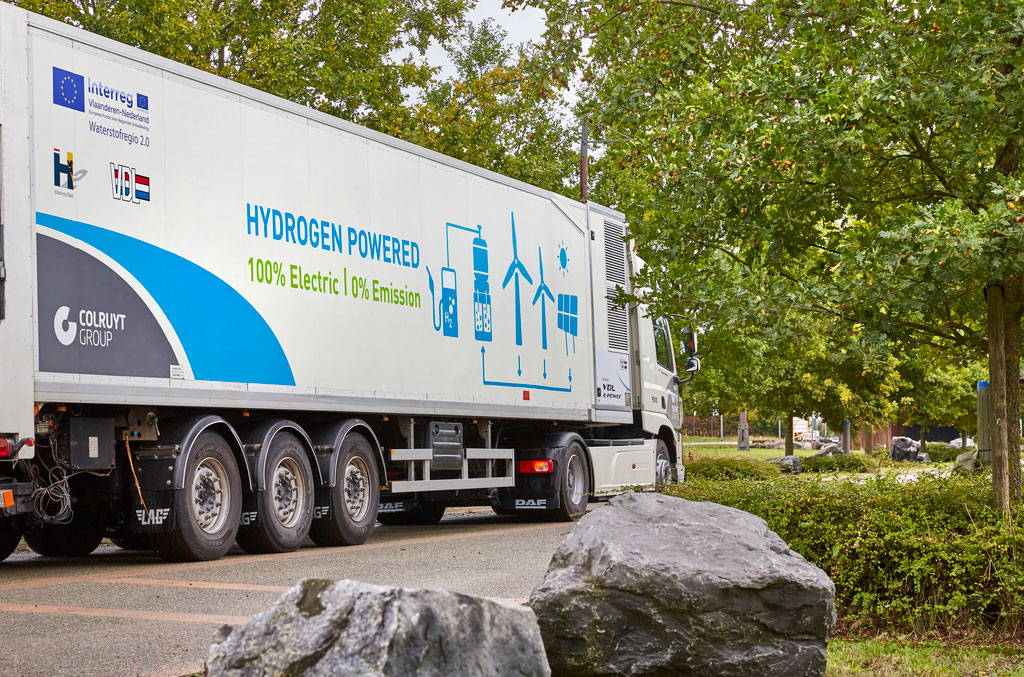 Belgian logistics company, Colruyt is the first to test a 44-tonne electric hydrogen truck in Europe. Dutch company VDL built the HGV, and it only emits water vapour and works with green hydrogen, generated with green power. The vehicle’s fuel cell converts hydrogen into electricity to recharge the batteries while moving.

The electric tractor is equipped with a Li-ion battery and can ride purely on electricity for about 40 km. During the trials, the tractor is connected with a trailer with a fuel cell on board. This combination enables the battery to be recharged while driving. Filled with 30 kg of hydrogen, the fuel cell or ‘range extender’ can increase the truck’s range by about 300 km.

VDL Groep, a manufacturer of buses and coaches, developed the hydrogen truck in Eindhoven, The Netherlands.

Colruyt intends to trial the heavy hydrogen truck for six months for a wide selection of activities, including supermarket store deliveries. The company is looking to become an expert in long-range electric transport and prove that hydrogen technology can make heavy logistics more sustainable.

In pure electric mode, the test truck is very quiet, which reduces noise while delivering to the stores. The hydrogen truck only emits water vapour and is remarkably silent.

A pioneer in hydrogen and electric transport

Colruyt has always believed in the importance of hydrogen and electricity to make mobility and power supply more sustainable. Since 2004, the company has invested six million euros in innovative applications using hydrogen. The company has been producing green hydrogen for several years and uses it as energy support for forklift trucks and passenger cars. Since the end of 2018, Colruyt offers hydrogen in its public DATS 24 fuel station in Halle.

At the end of 2018, we opened the first public hydrogen station in Belgium.

The logistics group intends to build even more public hydrogen stations. It also contributes to an industrial installation in Zeebrugge to convert the energy from wind farms at sea into green hydrogen. Finally, the aim is to achieve pure electric transport. Two electric terminal tractors are already operational to move trailers on its logistic sites. The batteries recharge using local green energy.

The hydrogen truck test fits in with the European demonstration project ‘Hydrogen region 2.0’ to develop know-how and experience with large-scale hydrogen applications in logistics. By widely sharing the knowledge gained, Hydrogen region 2.0. wants to inspire other large logistic centres to use hydrogen-powered vehicles as well. The project is made possible with financial support by the European Union in the Interreg Vlaanderen-Nederland programme framework. 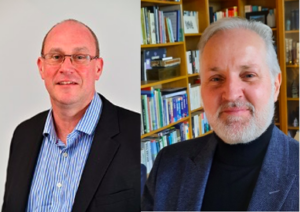 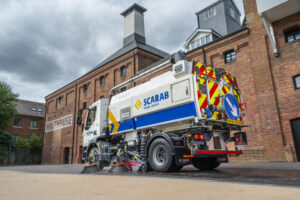 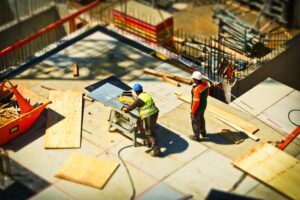